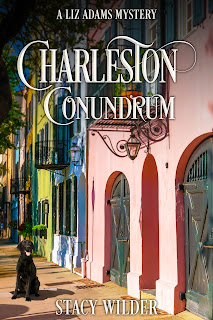 A Cozy Mystery With a Twist…

Liz Adams never imagined when she moved to Charleston with her truth sniffing Labrador retriever, Duke, that she would use her skills as a private investigator to avoid winding up on Death Row.

Liz’s life is upended when her best friend, Peg, is murdered and she becomes a suspect. Liz’s gun was the murder weapon. Tensions flare between Liz and the cops as she rises to the top of their suspect list.

At the request of Peg’s father, Liz agrees to take on the investigation. Riding a roller coaster of emotions, Liz uncovers many secrets Peg kept from her despite their being best friends. The suspects include a cast of characters: the ex-husband, the boyfriend, a coworker, several neighbors, and family members.

Charleston Conundrum takes the reader from Charleston, South Carolina, to Paris and back in the emotional unraveling of Peg’s life and death to a killer ending.

Place corn tortillas in a bowl and cover with chicken stock. Soak until soft.

Shred chicken. Fine dice onion and bell pepper. Combine soup and cheese in a separate bowl. Use half of the tortillas to cover the bottom of the baking dish. Layer half of the chicken on top followed by half of the onion and green pepper. Follow with half of the cheese/soup mixture.  Season. Repeat. Pour can of Rotel on top. 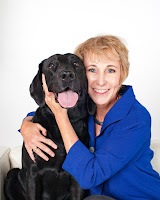 Stacy’s mission is to deliver a delightful story to readers of all ages while benefiting a larger community. She donates a portion of the proceeds from the sales of her books to causes that support wildlife conservation, and the homeless, both people and pets. A portion of the proceeds from Charleston Conundrum are donated to National Alliance on Mental Illness (NAMI).

As well as writing, Stacy is passionate about her faith, family, Labradors, the causes that she supports, the beach, art, and reading books.

She and her husband live in Houston, Texas with a totally spoiled Labrador retriever, Eve.

You MUST follow this blog on blogger or by email (follow.it) to be eligible to win the giveaway. All other entries will be disqualified if you are not following. Select the Follow button or subscribe by email. Congratulations to last month's winner, Sara.