Check out some free Kindle books in Mystery, Thriller & Suspense on Amazon.

Note: Book were free at the time of this post; however, that may change. Please check the price before ordering.

An Eye for an Eye by Carol Wyer 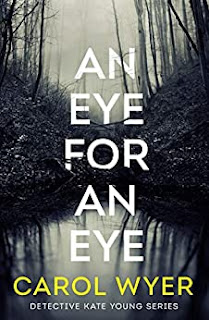 A killer running rings around the police. A detective spiraling out of control.

DI Kate Young is on leave. She’s the force’s best detective, but her bosses know she’s under pressure, on medication and overcoming trauma. So after her bad judgement call leads to a narrowly averted public disaster, they’re sure all she needs is a rest.

But when Staffordshire Police summon her back to work on a murder case, it’s a harder, more suspicious Kate Young who returns. With a new ruthlessness, she sets about tracking down a clinical, calculating serial killer who is torturing victims and leaving clues to taunt the police. Spurred on by her reporter husband, Young begins to suspect that the murderer might be closer than she ever imagined.

As she works to uncover the truth, Young unravels a network of secrets and lies, with even those closest to her having something to hide. But with her own competence—and her grip on reality—called into question, can she unmask the killer before they strike again?


A Villa in Sicily by Fiona Grace Audrey Smart, 34, is a brilliant vet—yet fed up by her demanding clients who think they know more than her and who don’t care about their animals. Burnt-out with the endless hours, she wonders if the time has come for a new direction. And when her 15th year high school reunion (and her hopes for re-sparking on old flame) end in disaster, Audrey knows the time has come to make a change.

When Audrey sees an ad for a $1 home in Sicily, it captivates her. The only catch is that the house requires renovation, something she knows little about. She wonders if it could be real—and if she may really be crazy enough to go for it.

Can Audrey create a life and career—and the home of her dreams—in a beautiful Sicilian village? And perhaps even find love while she’s there?

Or will an unexpected death—one that only she can solve—put an end to all of her plans?

Are some dreams too good to be true?

Stalked in Paradise by Charley Marsh 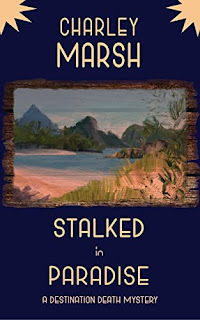 Harriet Monroe needs to change her life in a big way. When the opportunity to fill her dream position of Public Relations Director for the ultra-exclusive Island Resort is dropped in her lap, she takes it as a sign that it’s time to move. Unfortunately, her fiancé–a man she never should have gotten involved with–disagrees.

Forced to flee with only a few clothes and her two most cherished possessions, Harriet heads to the island–and runs smack dab into trouble when she finds a dead man mere hours after her arrival. Adding insult to injury, she is the only possible suspect.

Barely moved into her new office and she’s already bringing bad PR to the resort. Trying to impress her new boss while suspected of murder makes settling in next to impossible. Harriet’s only option? Find out who killed her ex. And while she’s at it, discover who is stalking her and why. An amateur sleuth Harriet Monroe mystery. 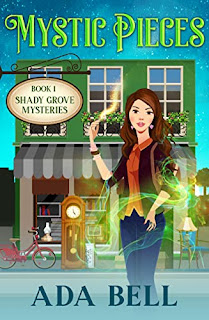 Aly doesn't believe in psychics. Too bad she just had a vision.

Aly’s got enough on her plate, with finishing her degree and taking care of her nephew and starting her new job at the antique store while drooling over the owner's gorgeous son. No time for visions.

Alas, the universe doesn't care what Aly believes. When she turns 21, she starts to feel psychic impressions left on objects. A disorienting power for someone surrounded by antiques. Then cranky customer Earl is killed, and Aly's new boss Olive is the prime suspect—not to mention the only person who understands Aly’s gifts. Who hated Earl enough to kill? Police would rather make a quick arrest than investigate, so it's up to Aly to clear Olive's name.

Shady Grove is reeling from the first murder in decades. If Aly can get her hands on the right object, she'll know what happened. Can she learn to control her visions before the killer sets their sights on her?