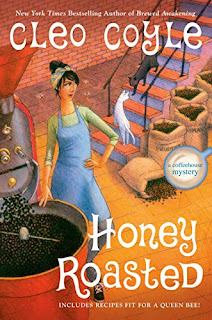 Clare Cosi is busy as a bee planning her honeymoon when murder buzzes into the Village Blend in this all-new mystery in the beloved New York Times bestselling Coffeehouse series by Cleo Coyle.

While struggling to find a romantic (and affordable) destination for her upcoming honeymoon, coffeehouse manager Clare Cosi whips up a honey of a drink made from honey-processed coffee. Clare plans to serve her outstanding new Honey-Cinnamon Latte at her spring wedding to her longtime honey, NYPD detective Mike Quinn. The culinary world is also abuzz about the amazing honey that Clare was lucky enough to source for her shop’s new latte. Produced by Madame’s old friend “Queen” Bea Hastings, the rare, prize-winning nectar from Bea’s rooftop hives commands a premium price, and top chefs compete for a chance to use it in their signature seasonal dishes.

One night, a swarm of escaped bees blanket the Village Blend’s chimney, and Clare discovers Bea’s unconscious body after she seemingly fell from her high-rise rooftop-hive setup. The police want to rule it as a tragic accident or possible attempted suicide, but Clare does not believe either theory. Like Madame, she knows this Queen would never abandon her hive. To sort out this mystery, Clare investigates a world of cutthroat chefs, culinary start-ups, and competitive urban beekeepers. But can she uncover the truth without getting stung? 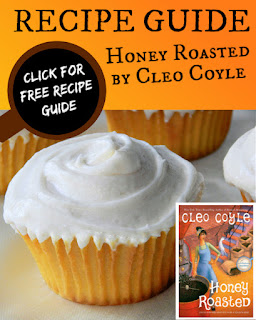 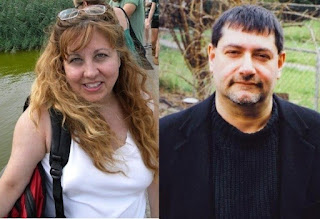 CLEO COYLE is a pseudonym for Alice Alfonsi, writing in collaboration with her husband, Marc Cerasini. Both are New York Times bestselling authors of the long-running Coffeehouse Mysteries—now celebrating eighteen years in print. They are also authors of the nationally bestselling Haunted Bookshop Mysteries, previously written under the pseudonym Alice Kimberly. Alice has worked as a journalist in Washington, D.C., and New York, and has written popular fiction for adults and children. A former magazine editor, Marc has authored espionage thrillers and nonfiction for adults and children. Alice and Marc are also both bestselling media tie-in writers who have penned properties for Lucasfilm, NBC, Fox, Disney, Imagine, and MGM. They live and work in New York City, where they write independently and together.

February 1 – My Journey Back – SPOTLIGHT

February 2 – Escape With Dollycas Into A Good Book – REVIEW

February 7 – Here’s How It Happened – SPOTLIGHT

February 10 – I Read What You Write – SPOTLIGHT

February 11 – View from the Birdhouse – REVIEW